Crush on Me: BICONIC Edition 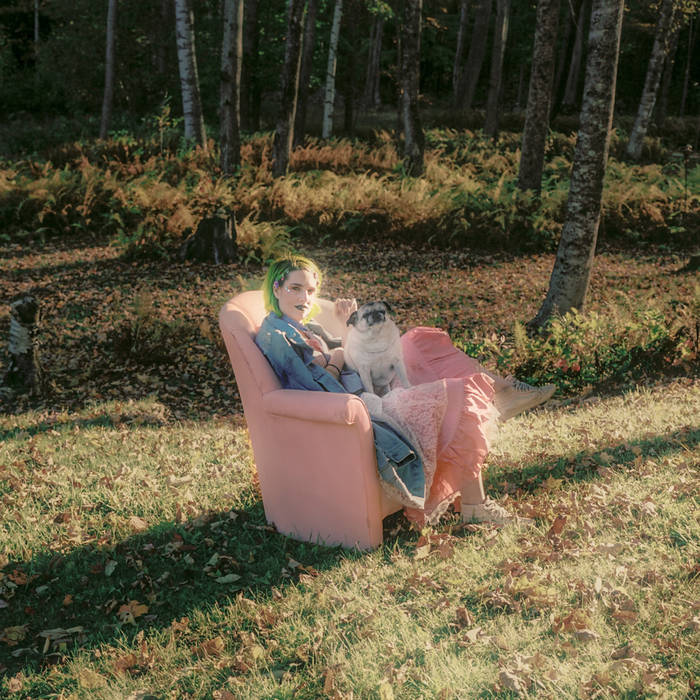 Born in Silicon Valley and raised in Hanover, New Hampshire, Sir Babygirl cultivated her talents early by studying voice, mimicking favorite cartoons, and teaching herself alto saxophone, bass, piano, and guitar throughout all-night slumber parties. After attending Boston University’s School of Theatre, she pursued her interests in the Allston DIY and Chicago comedy scenes—fronting a hardcore bubblegum band, tinkering with self-production, and honing her absurd, candid sense of humor. Ultimately, Sir Babygirl was visited in a dream by divine divas Britney Spears, Christina Aguilera, and dear departed Whitney Houston who implored: pop was the playground where Sir Babygirl belonged!

She returned to the woods of Hanover to convert her childhood bedroom into a home studio where she made music to meet past selves, heal childhood trauma, and joyfully self-explore. The process crystallized Sir Babygirl’s nonbinary pop drag—somewhere between a girl group and a boyband—and yielded debut album Crush on Me, which lands in a sugar-rush sweet spot made of emo confessionalism, musical theatre showboating, and futuristic neon-pop fantasia.

Crush on Me dances through discovery from first single “Heels,” which sets Sir Babygirl as a bewildered, bisexual Cinderella bailing on the ball, all the way to the closing track’s gentle self-courting. Along the way, she rages through the agony of ecstasy (“Flirting with Her”), peels past layers of shame (“Cheerleader”), parties with old ghosts (“Haunted House”), defies social anxiety (“Everyone is a Bad Friend”), and finds intimacy aglow on nights out (“Pink Lite”). The journey celebrates the silliness and sanctity of a second adolescence so quintessential to the queer coming-of-age experience.

Originally released on Valentines Day 2019 by Father/Daughter Records, Crush on Me has been lauded by Stereogum, Rolling Stone, Billboard, Paper, MTV, Vice and more. Fans and critics alike have fallen for Sir Babygirl—online (with an Instagram feed full of selfies, surreal memes, and stan obsessions) and in concert (supporting Petal on tour last January, showcasing at SXSW in March, or selling out venues like Bushwick’s Elsewhere Rooftop solo).

Now, Sir Babygirl is poised to keep crushing with her first North American headline tour in fall 2019 and the release of Crush on Me: BICONIC Edition on November 8, 2019—remastered, expanded with three bonus tracks, and available for the first time on vinyl.