by Home Is Where 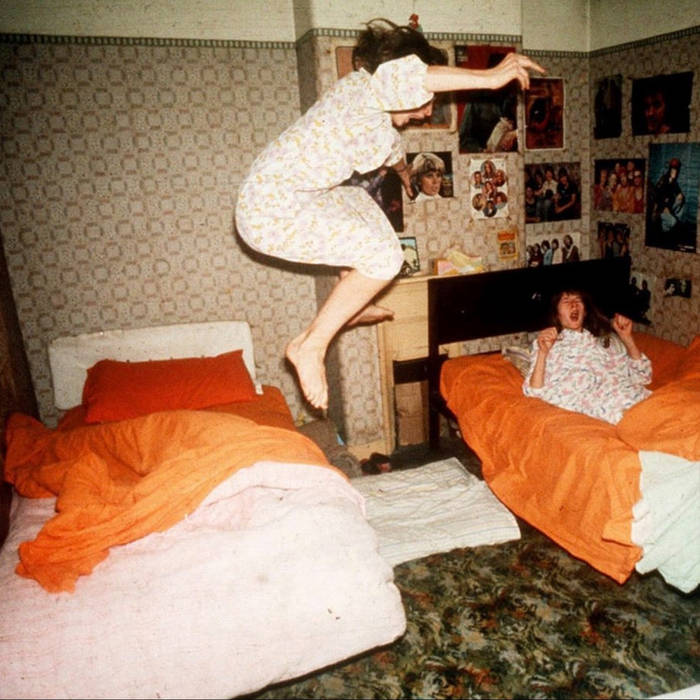 000sock This album did more in like, 15 minutes then some bands do in 15 years. WOW it's good Favorite track: Assisted Harakiri.

fearlessrob This music makes me want to jump up on my couch and do a back-flip... God bless these kids Favorite track: Assisted Harakiri.

“I feel all our songs, consciously or not, are about alienation.” These are the words of Brandon MacDonald, vocalist and lyricist for Home Is Where. And they ring true-- despite the amiable, palpable chemistry between the musicians, and the folksy, organic warmth at the center of their songs, the Palm Coast, Florida act perform a dizzying tightrope act, dancing between intimate melodies and gently progressive songwriting flourishes with a dexterity that belies their sonic base of aggressive, throat-shredding emotive hardcore. The end result is the sound of a band beleaguered by chronic anxiety and acutely aware of their atomization under late capitalism; a glum cloud hangs over even the least subdued moments of vibrancy throughout their milieu. And yet, despite the disaffection, something about Home Is Where demands communality, demands engagement, demands acknowledgment.

Originally forming in 2017, Home Is Where at first consisted of MacDonald-- a multi-instrumentalist who also contributes saw and harmonica-- as well as guitarist Trace George and drummer Joe Gardella. It was this lineup of the band that initially played their first show without any music actually written; an audience member who was spontaneously chosen to play bass, Connor O’Brien, gelled so perfectly with the rest of the group that he was immediately asked to join permanently, an offer he enthusiastically accepted.

Home Is Where’s earliest releases show them wearing their adolescent influences on their sleeves; the oldest release on their Bandcamp page, a demo recording, shows George enamoured with the stereotypically mathy guitar noodlings that much of the last decade of Midwest emo trafficks in. And yet, beneath the granular recording quality, a nuance and atmosphere evolves around that guitar work, in a similarly evocative and almost surrealistic way as the work of Victor Villarreal. Even at this very early stage, Home Is Where has another spark in the form of MacDonald’s vocals-- half-jokingly credited as “tantrum,” MacDonald cruises in a freeform fashion through multiple altitudes, the quaint-yet-passionate vibrato of their singing voice easily tipping over into screams that are downright kinetic in their forcefulness, bringing to mind comparisons to the stomach-turning passion of the band’s 90s Floridian emo inspirations such as I Hate Myself and Don Martin Three.

That same Florida emo lineage takes root in Home Is Where’s rhythm section, which is reminiscent of Hot Water Music in its churning relentlessness and claustrophobic energy. Gardella’s sticksmanship is as manic as it is charismatic, just as likely to stuff any available sonic space with fills as it is to hang back and stay in the pocket with syncopated grooves. And O’Brien’s bass work is revelatory; while much of the compositional heft rests on the shoulders of George’s guitar histrionics, O’Brien accents it with melodies that lie somewhere between discordance and beauty, often cranking up mid-song tensions to fever pitch and applying a discomfiting restlessness to the song structures that brings to mind equal measures of Fugazi and Shellac.

2019’s Our Mouths to Smile EP showed the band stepping up their ambitions and bringing in occasional horn interludes from friend Gabby Le, while MacDonald embraces their Bob Dylan-esque qualities, infusing every track with a poetic neuroticism and using the lyrics as a medium for impressionistic sketches. There is an artfulness to MacDonald’s lyricism that is sorely lacking in the majority of most modern emo bands, and it is ironically this refreshing vulnerability that foregrounds Home Is Where’s most unique and idiosyncratic qualities.

Home Is Where’s newest material sees the band stretching their legs even further, with tracks that ambitiously vacillate between acoustic balladry and out-and-out excoriations and purgings of the soul, such as on the sardonically-titled “L. Ron Hubbard Was Way Cool.” While there are many bands nowadays that seek to emulate the genre-bending expressionism of early-10s scene touchstones the Brave Little Abacus, Home Is Where is one of the very few that captures the seamless blend of playfulness and existential dread that made that band so special, and correlatively makes Home Is Where far more than the sum of their parts and influences. (The secret may be, in part, the band’s collective adoration of Pink Floyd, though, as MacDonald drily notes, “We all like different eras”; that simmering friction is part of what makes the group’s chemistry so visceral and vital.)

With the release of their newest material on the horizon, Home Is Where’s ultimate message still feels vital and hungry. The band’s ethos, in spite of the alienation that has come to define their work, is rooted in the DIY ethic and community-oriented spirit that the best punk-inspired acts embody. Home Is Where are both clever and humble enough to draw a straight line between themselves and their conceptual forefathers the Minutemen, emphasizing that in punk, all roads lead back to the same fork in the path: “Our band could be your neighborhood.”

All music written by Home Is Where / All lyrics written by Brandon
Produced, mixed, & mastered by Matt Goings at Killian Studios