Shit In The Apple Pie 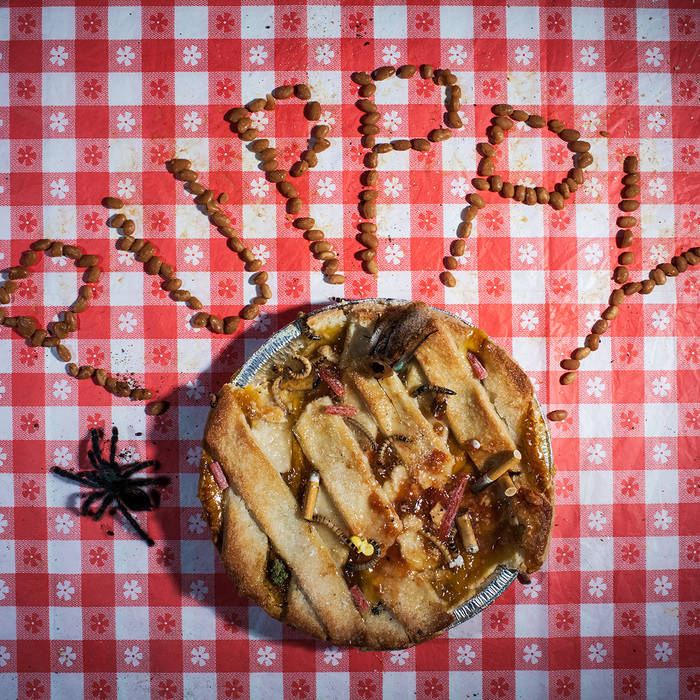 Kyle Ritchie Some great jams from some awesome guys. Came through a little venue upstate and can't stop listening to this album. Favorite track: Or Maybe We're Not.

What began as a solo project in 2013 for singer-songwriter Will Rutledge developed into Pupppy, the Purchase, NY quartet lead by Rutledge (vocals, guitar), joined by Sam Skinner on guitar, Victor Massari on drums, and Nick Hasko on bass.

Pupppy puts all their cards on the table in the form of nine charming pop songs on the band’s debut, Shit In The Apple Pie. While writing the record, Rutledge struggled with feelings of inadequacy and self-sabotage, “shitting in my own apple pie,” he explains. “The songs on the record are songs I had neglected for a long time due to feeling insecure about them or that they weren’t what I should be writing, recording, and performing - but I really wanted to, and that’s what drove me crazy. So making the decision to create an album felt like I was building a door to leave the old sentiments of insecurity and over-thinking behind to enter into a realm of comfort and confidence.”

Rutledge worked on the album with guitarist Sam Skinner for nearly 14 months. Instead of succumbing to the pressure of releasing an album, the pair took as much time necessary to allow their ideas to germinate. After a lot of re-recording, scrapping, re-writing, crying, hair-pulling, and so on, Pupppy arrived at a finished work they are proud of, which contains songs that hark to personal and engaging memories of feeling dumb, puking at the MoMA, and all the unforgettably humiliating moments where something we don't like slaps us back into reality.

Bonobo stops by to talk about his new record Fragments